My Name is Dawn
Seattle Area IT Professional & World Traveler 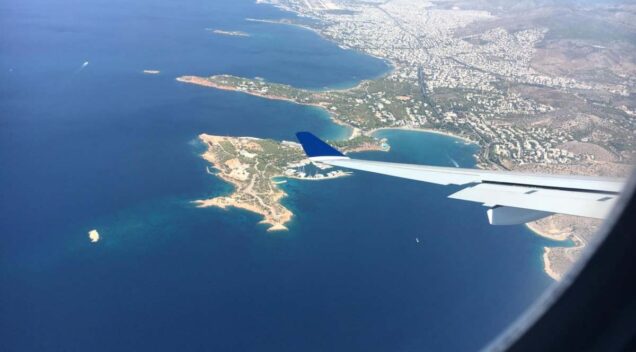 My daughter, sister, and her boyfriend went to Greece to get out of northern Europe for a change!

We thought by the end of August and early September, the weather would be in the seventies and enjoyable. It was not; instead it was in the 90’s and even the locals were hot.

Not the best climate for this fair-skinned group, but we had a great time anyway!

We flew from Seattle on a red-eye, had one layover for a few hours, and landed early the next evening in Athens. 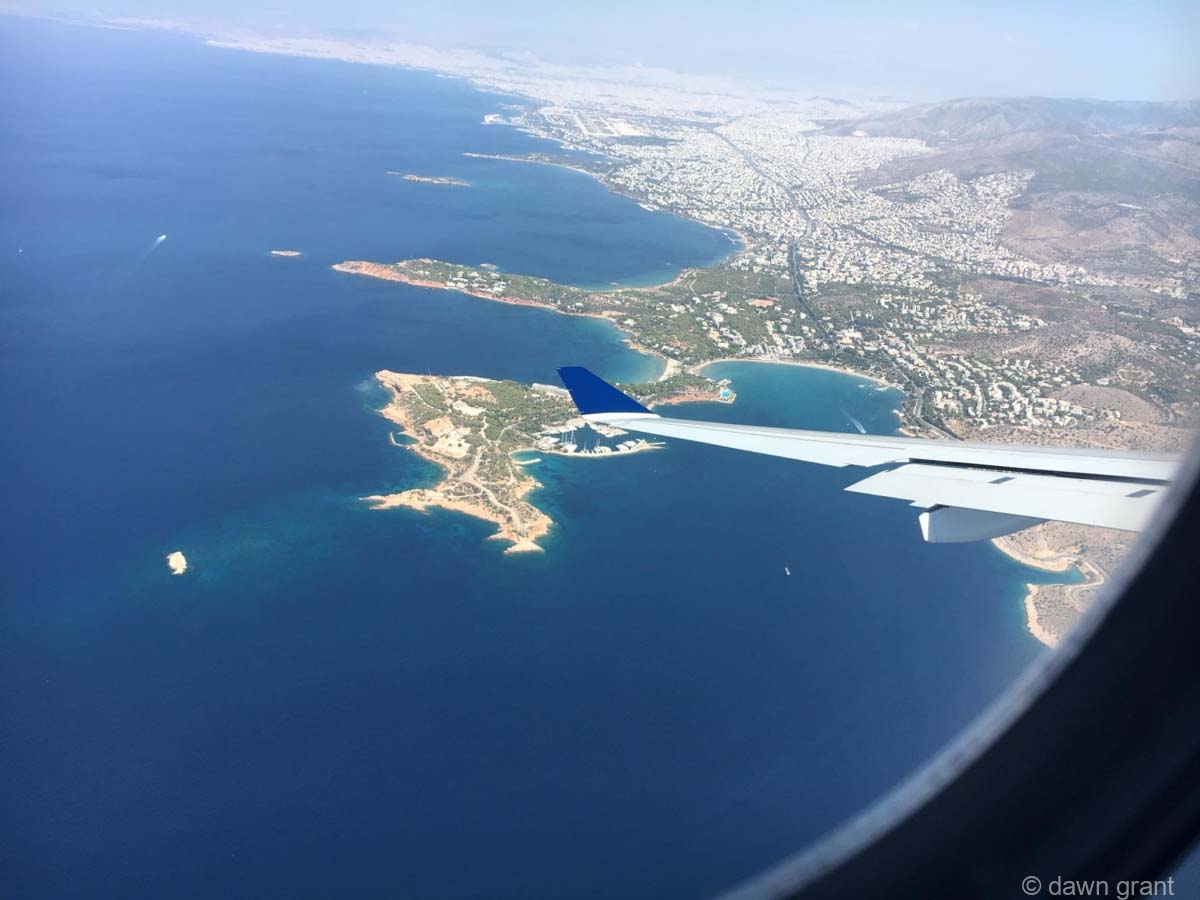 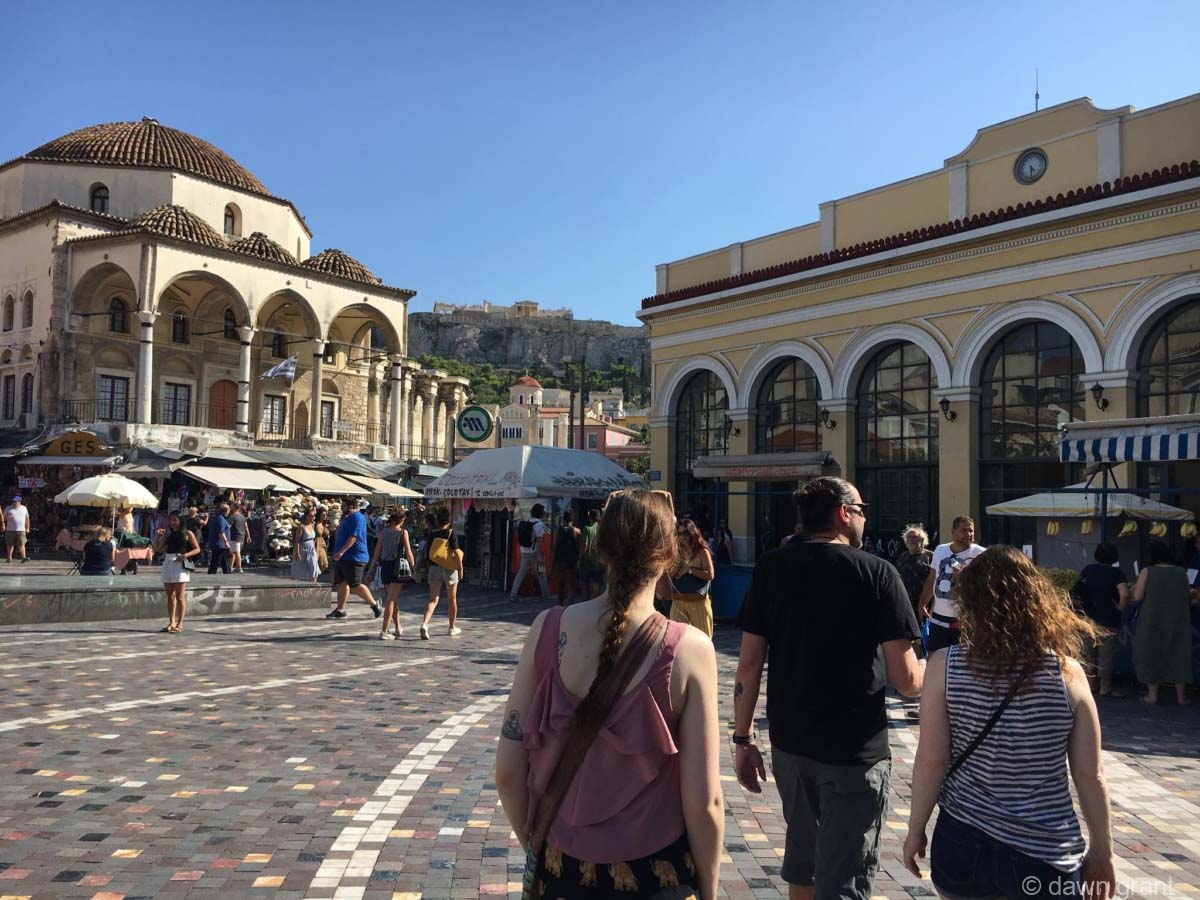 We landed pretty late, so off to the Plaka Quarter to get some dinner before winding down. 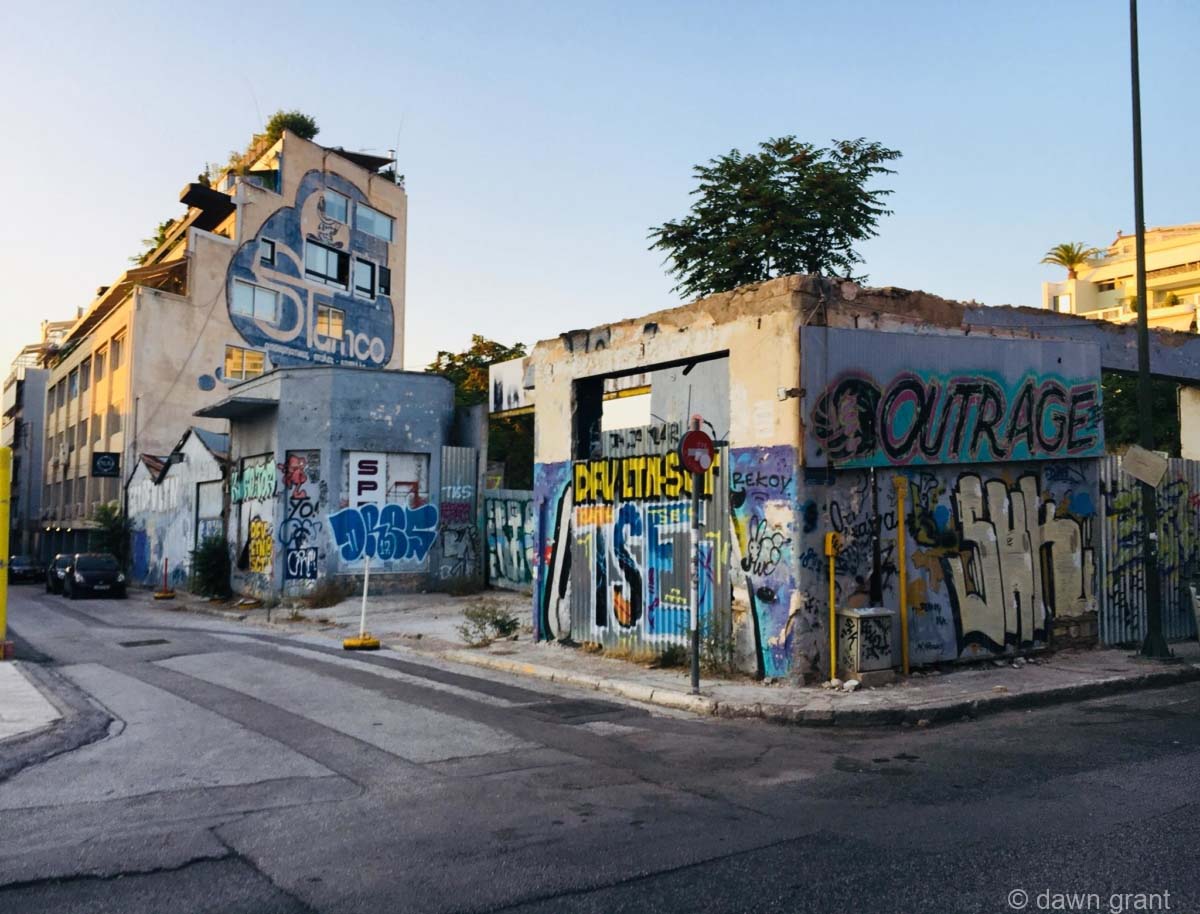 There are some excellent graffiti artists here! 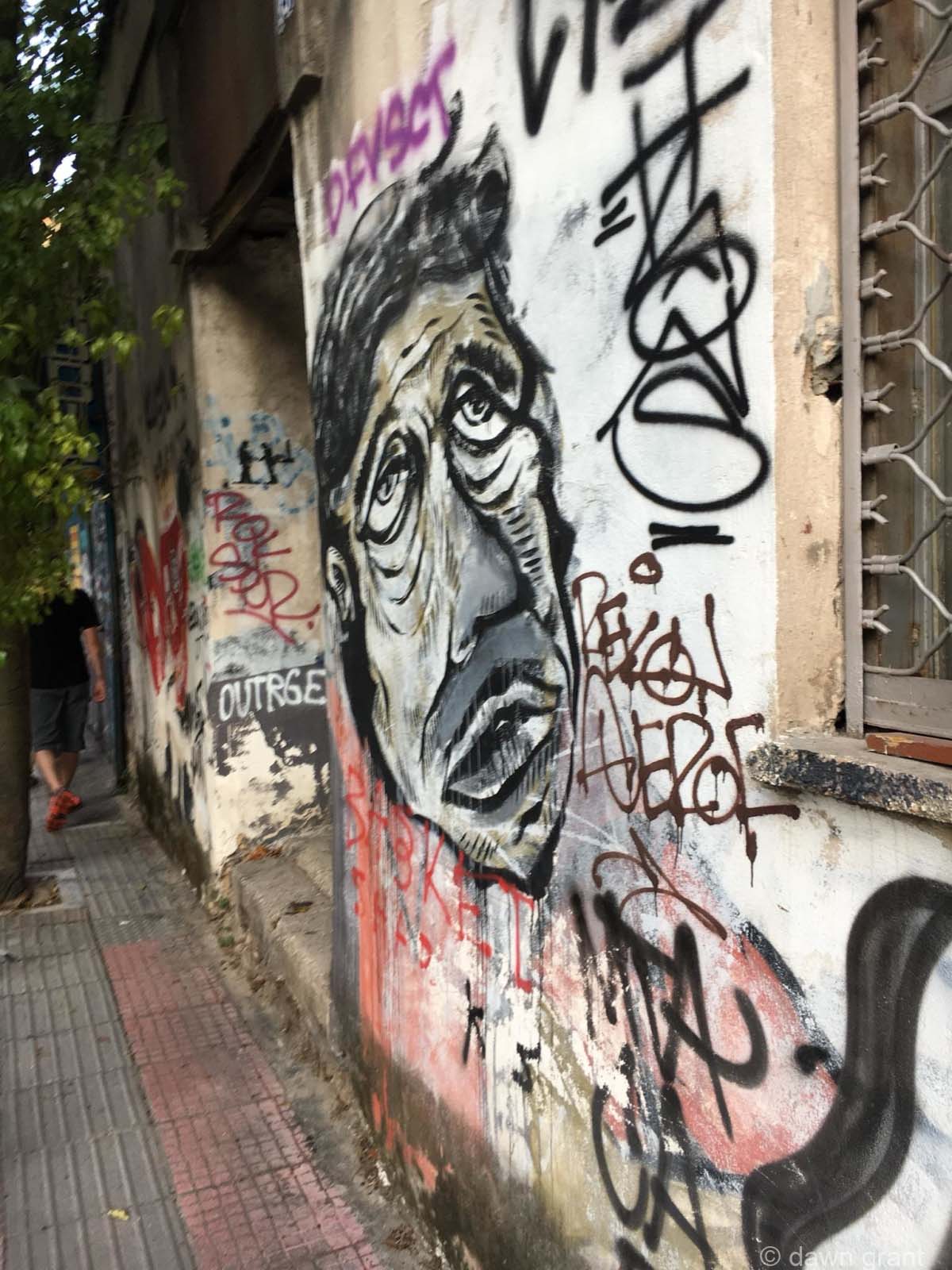 All the buildings have it, happy, sad, colorful, black and white; there is graffiti everywhere! 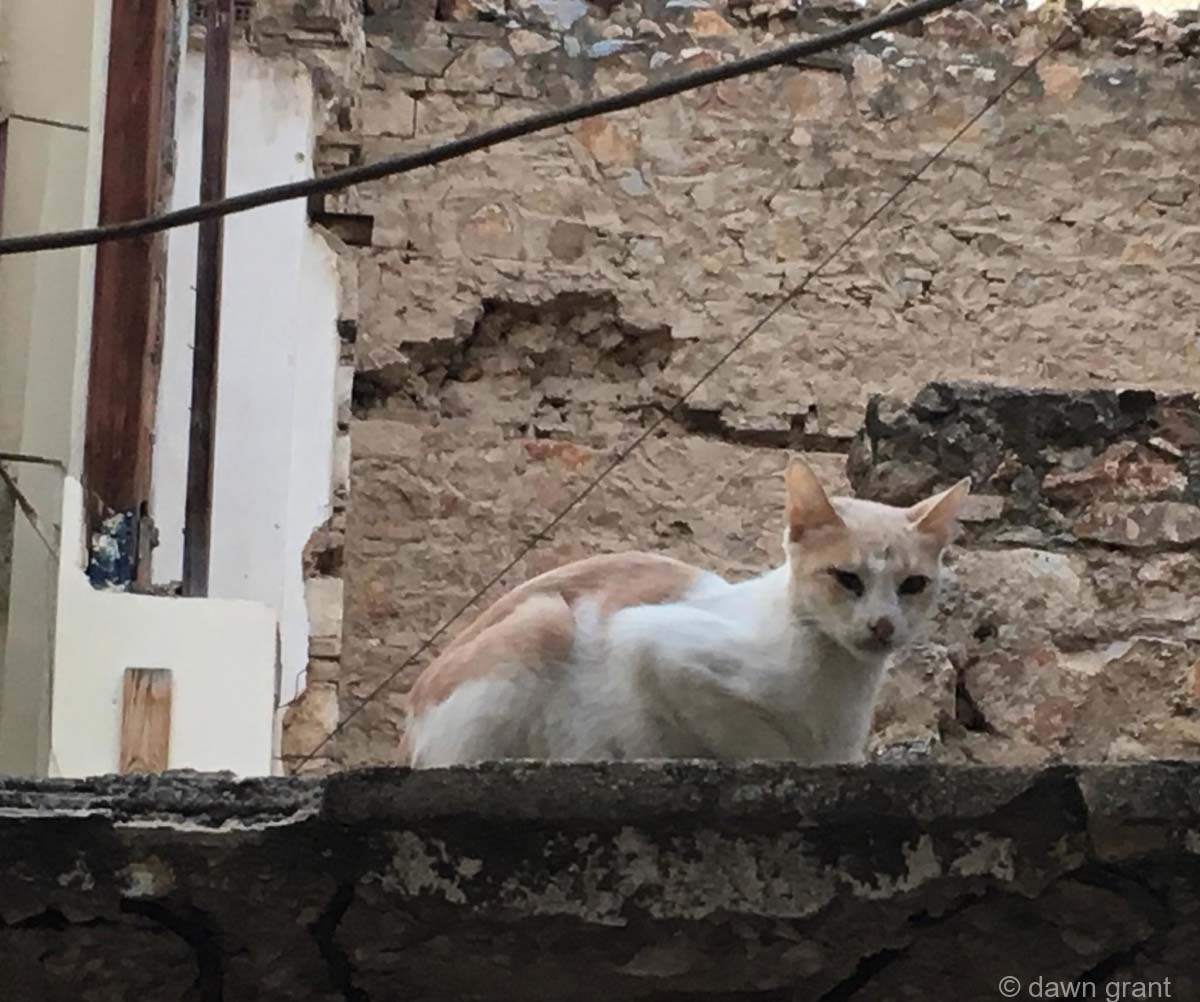 So many stray cats here, everyone feeds them, we saw lots of little piles of cat food next to sidewalks. 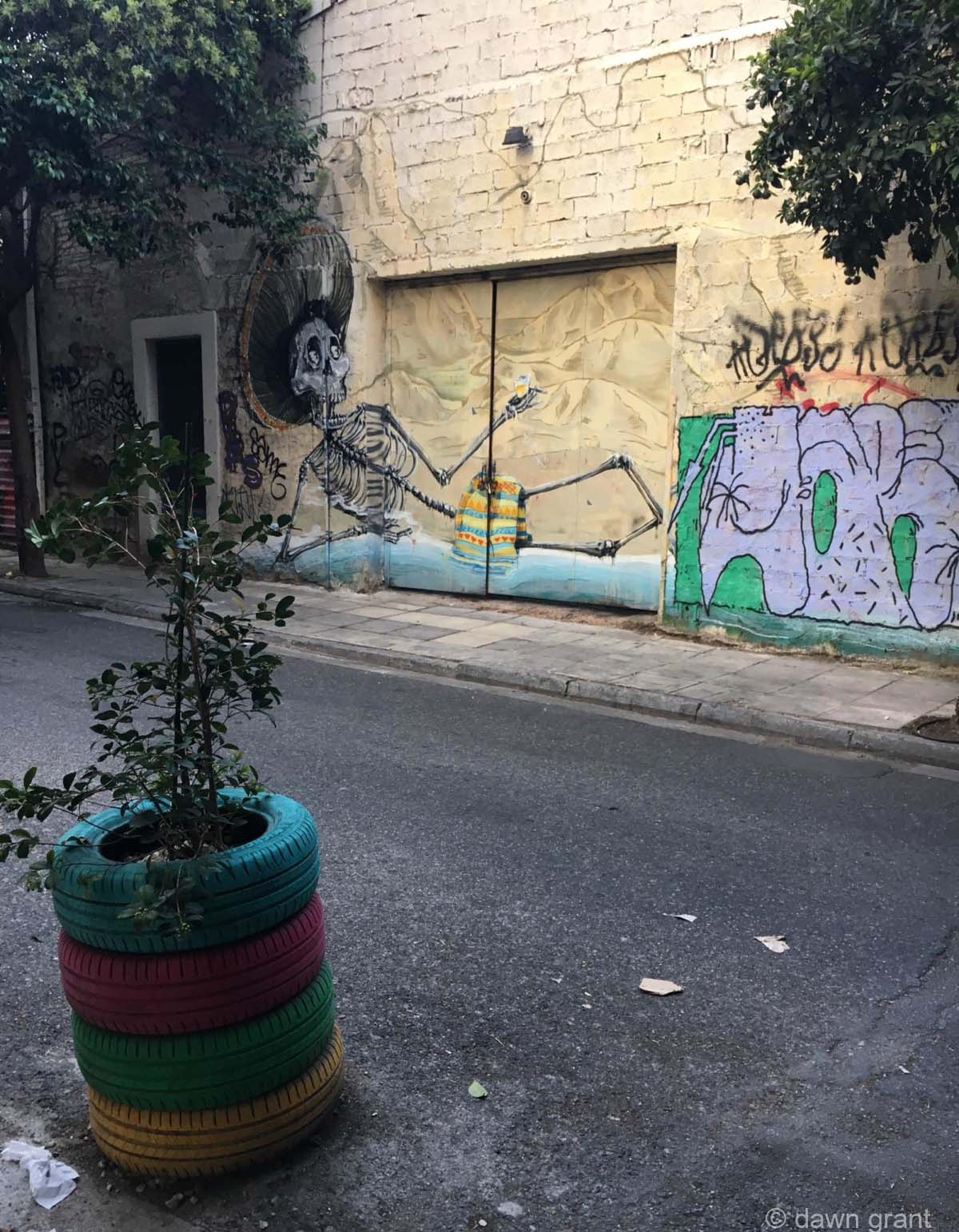 Fun planter and more graffiti out front of our accommodations. 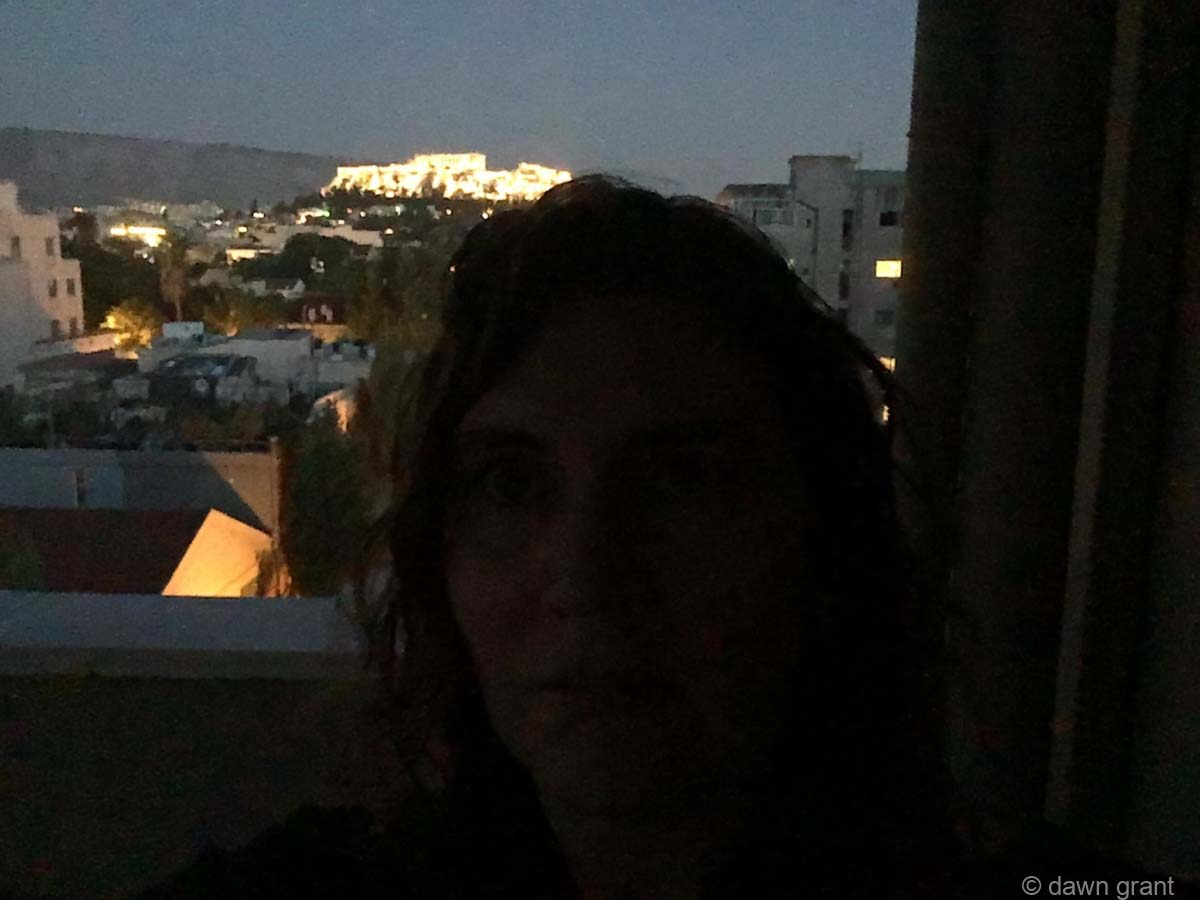 This is why we stayed here, a selfie showing the night view from our balcony looking towards the Acropolis. 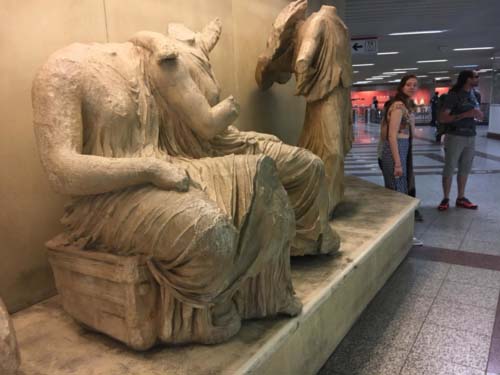 Day two, we are not even to the Acropolis yet and seeing cool artifacts at the Metro. 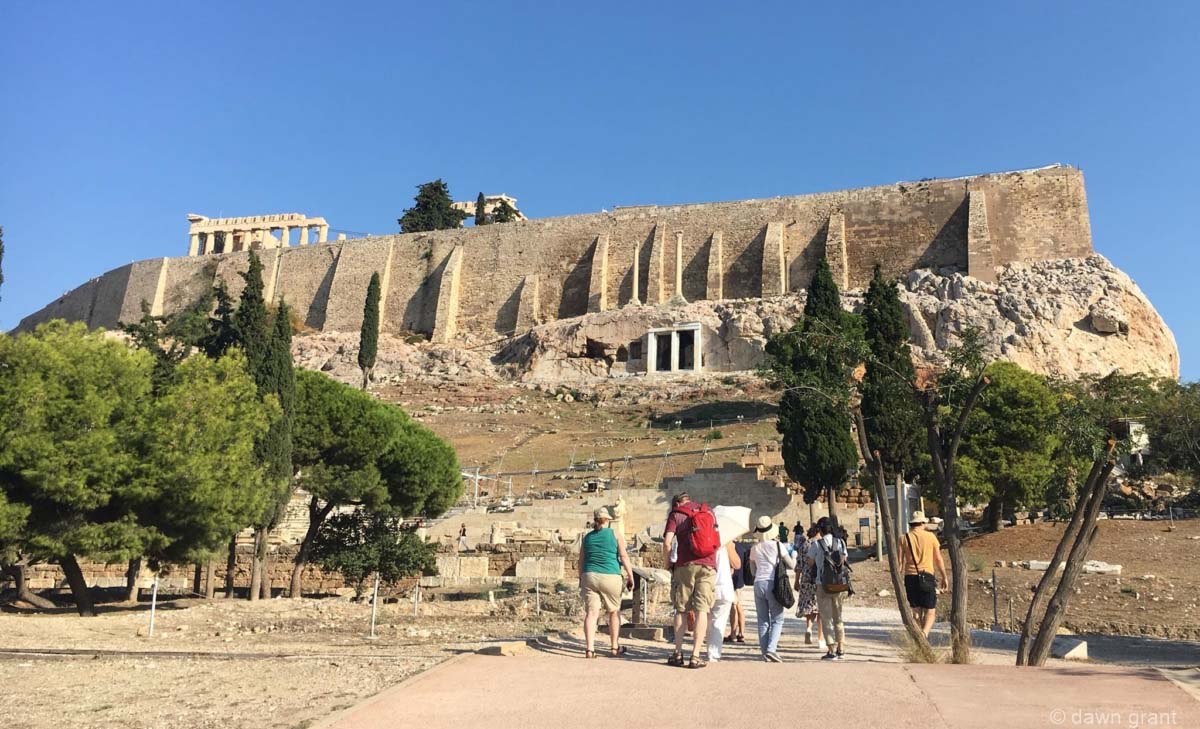 We are here! Now to climb that hill, only 9 am and feels 80 degrees already! Even locals are complaining of the heat. 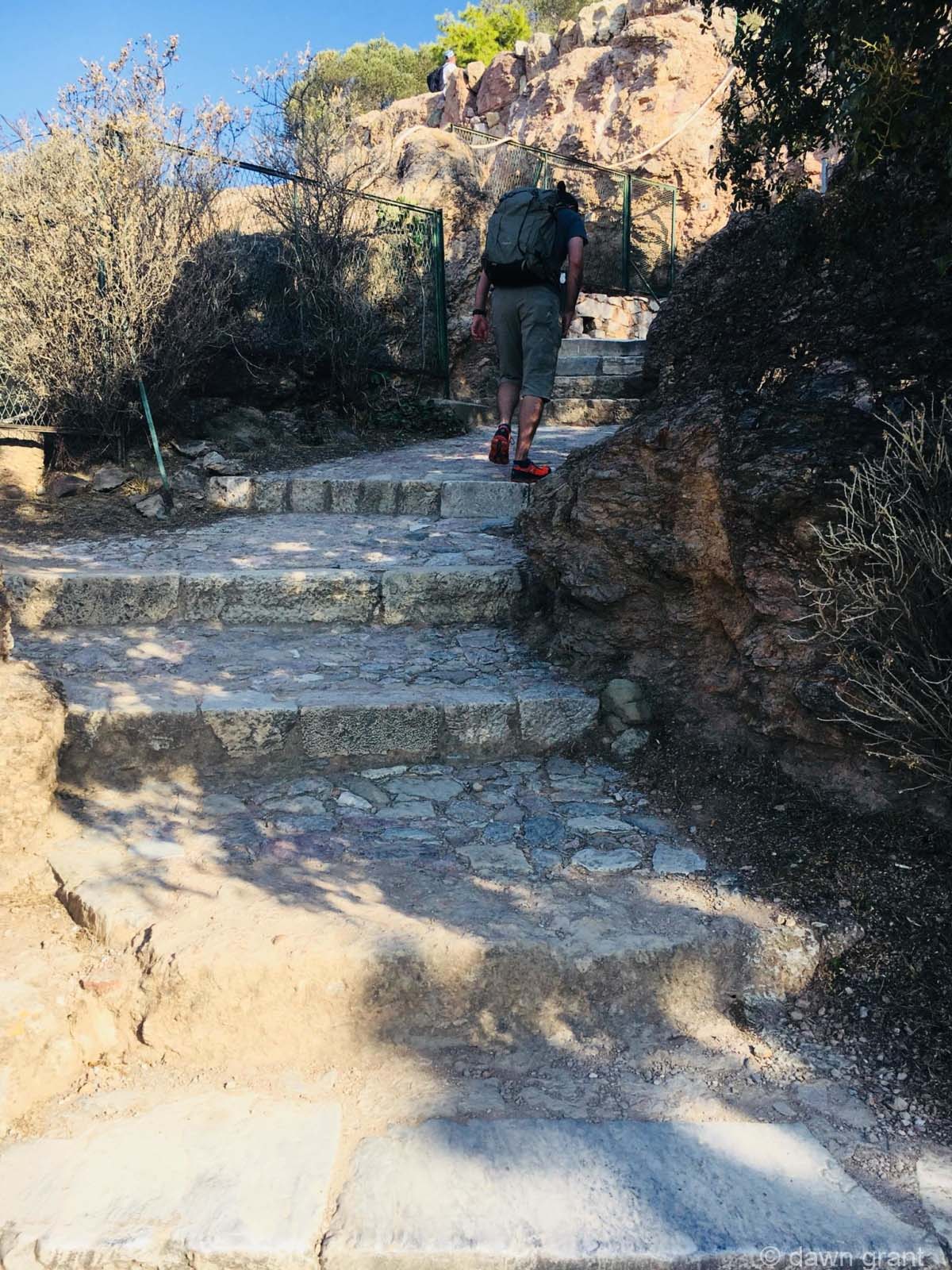 We went straight to the top so we could get the “no shade” viewing done before it got too hot! 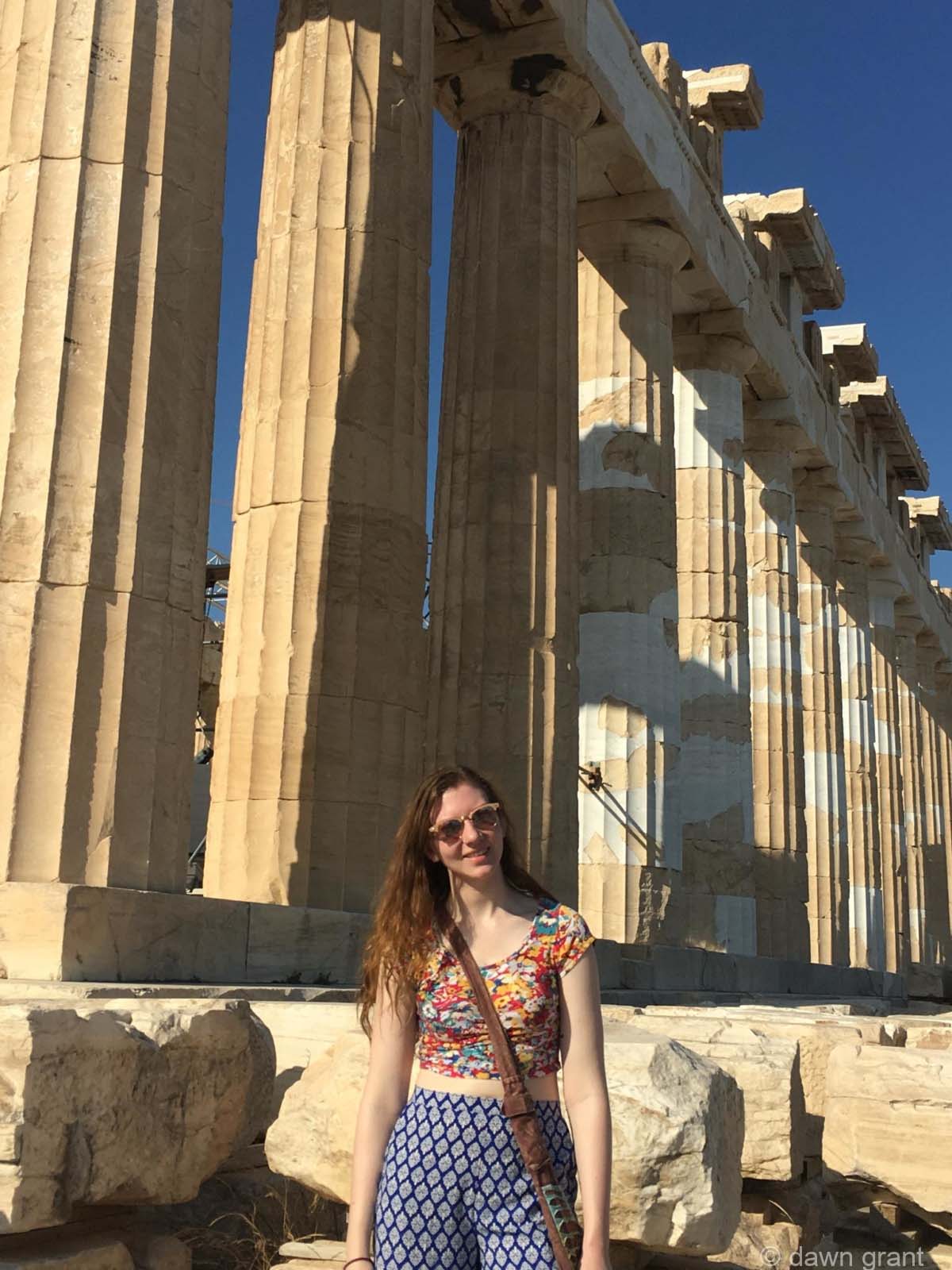 We made it! This is my daughter and one of my favorite travel companions in front of The Parthenon! 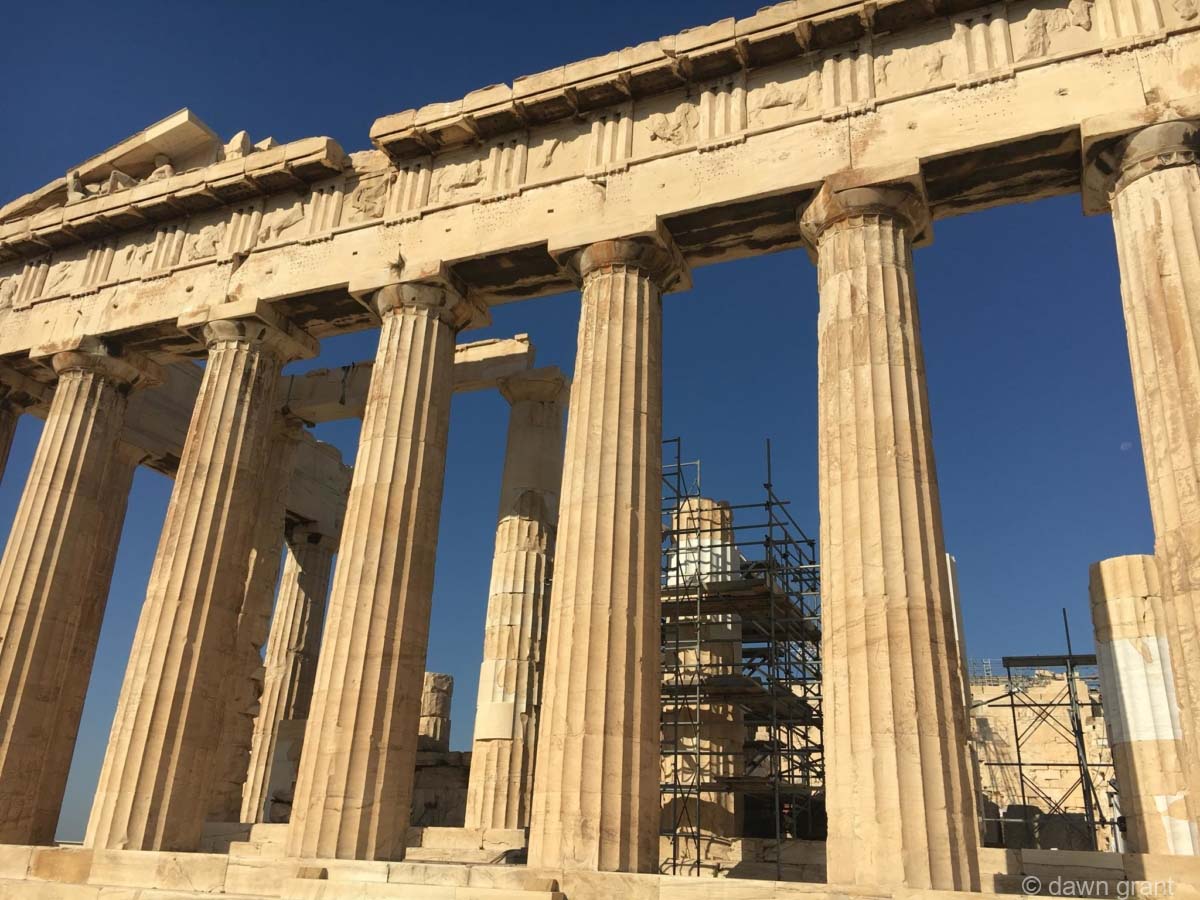 The Acropolis was rebuilt in 450 BC after Persia invaded and looted the old temples. 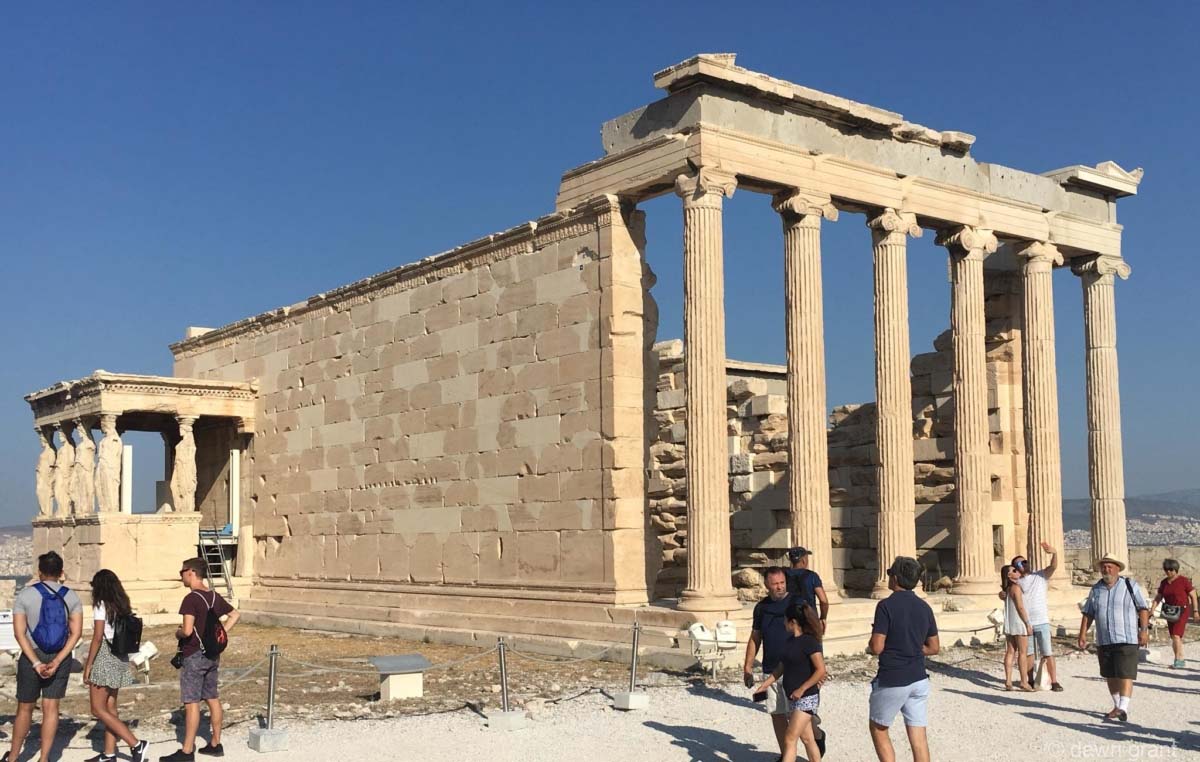 This is the Temple of Athena Nike (pronounced Neek-ee.) 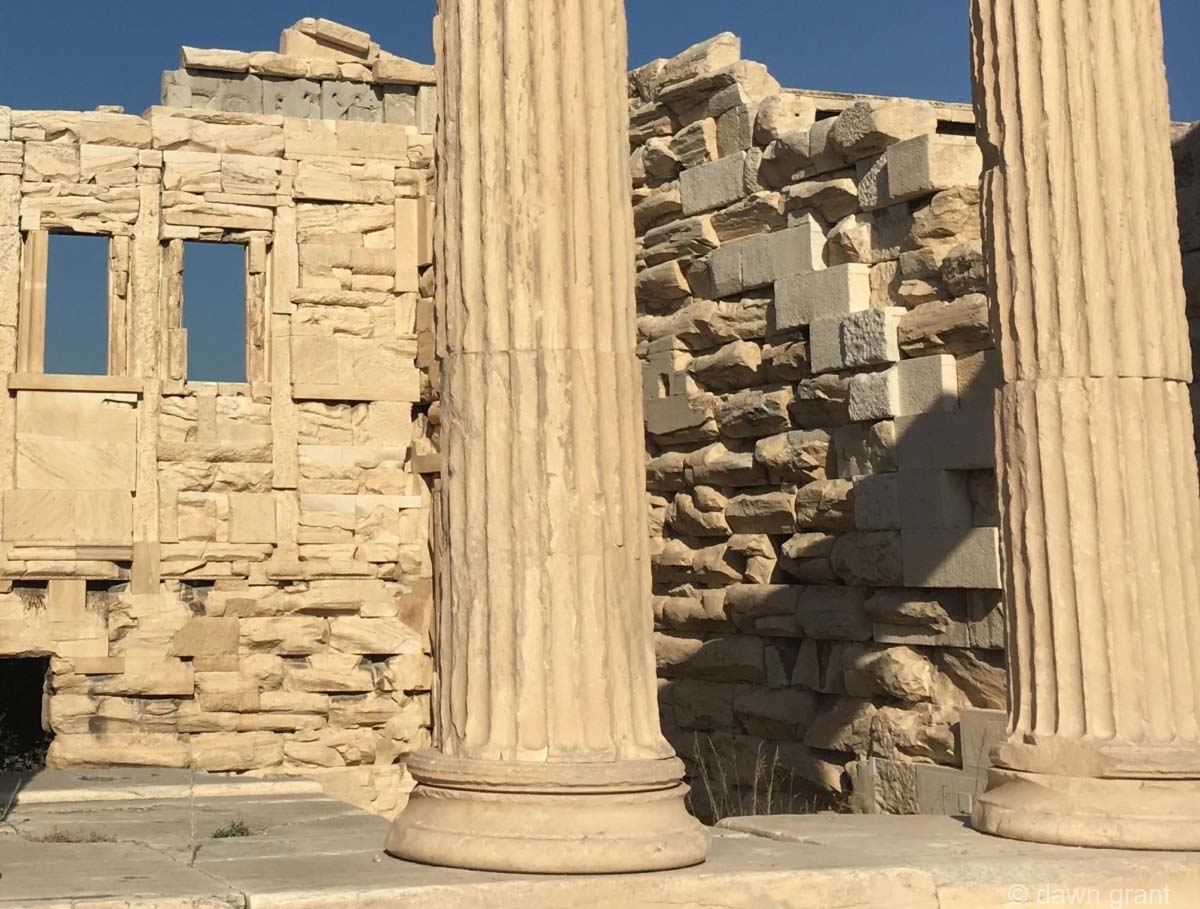 This temple has been dismantled and rebuilt three times in its 2500 year history! Most recently completed in 2010. 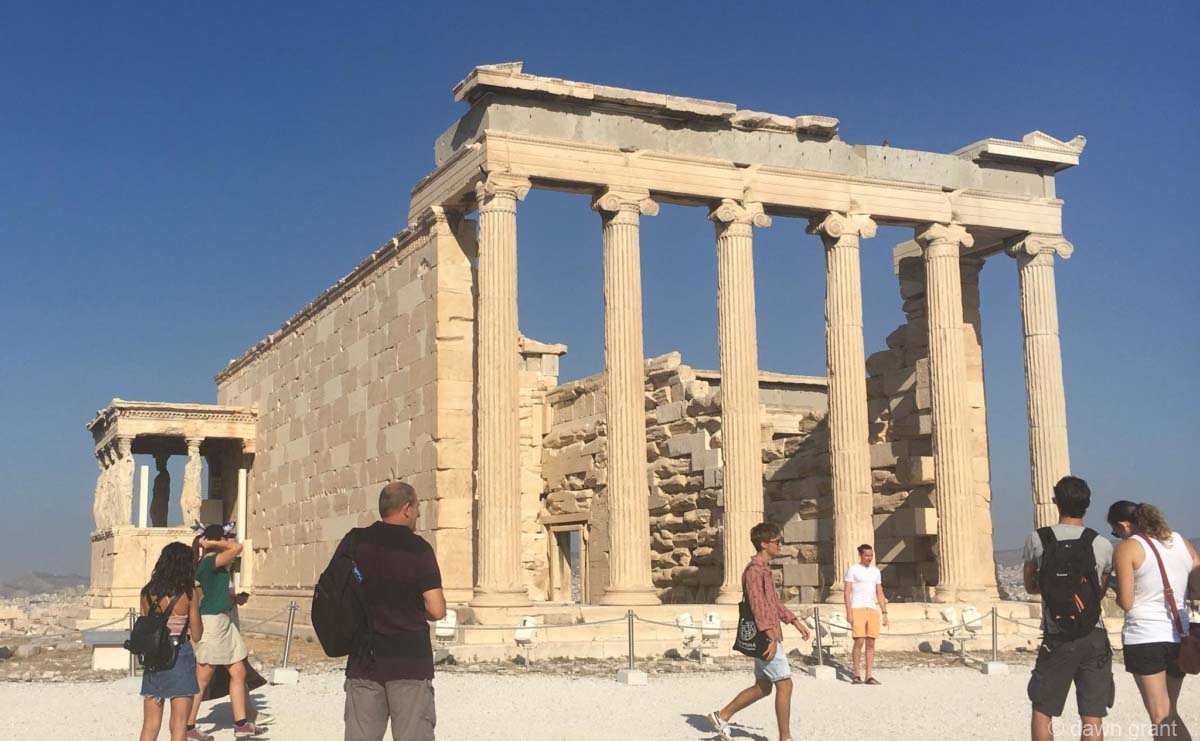 Front view of the temple of Athena Nike and the Porch of the Caryatids at the Erechtheion, with the six maidens. 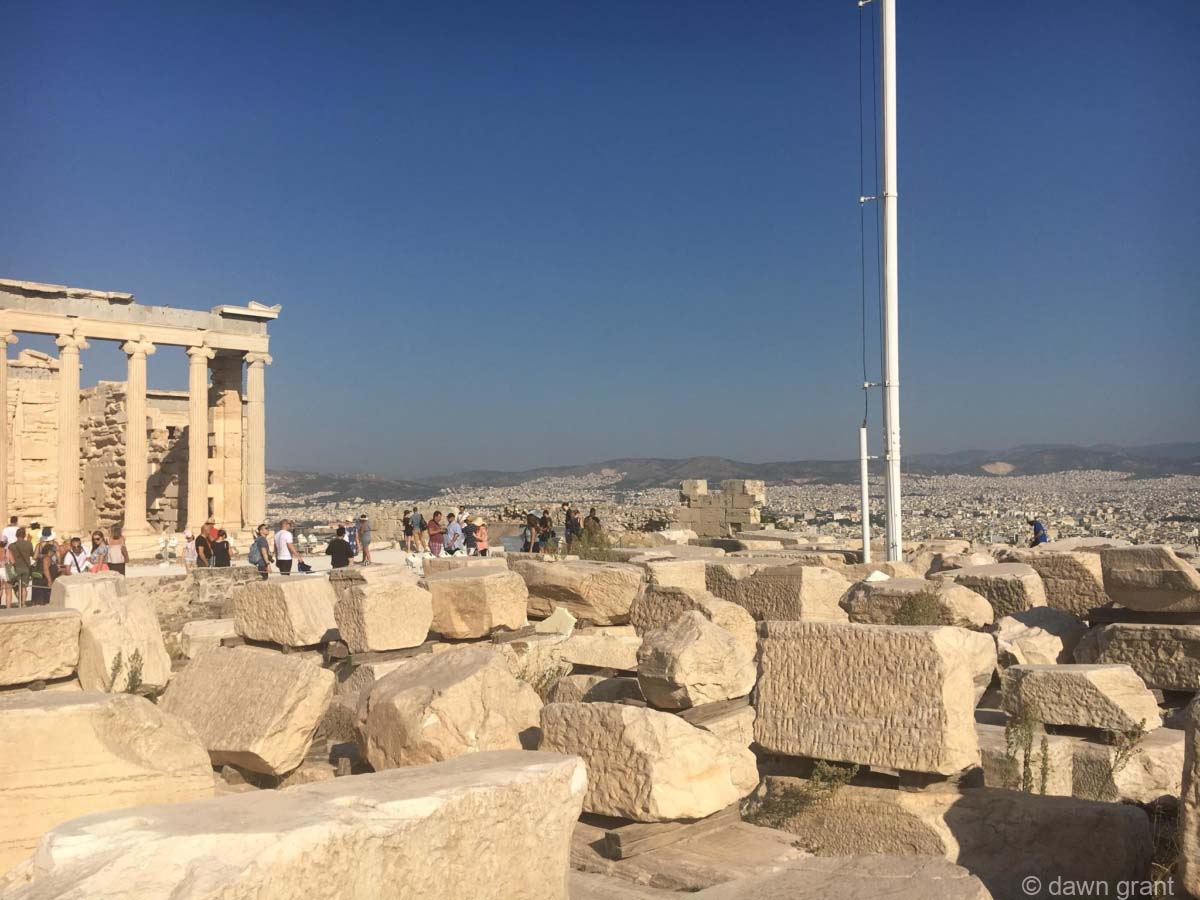 These ancient hand-crafted stones weathered with age are just as cool as the ones making the buildings! 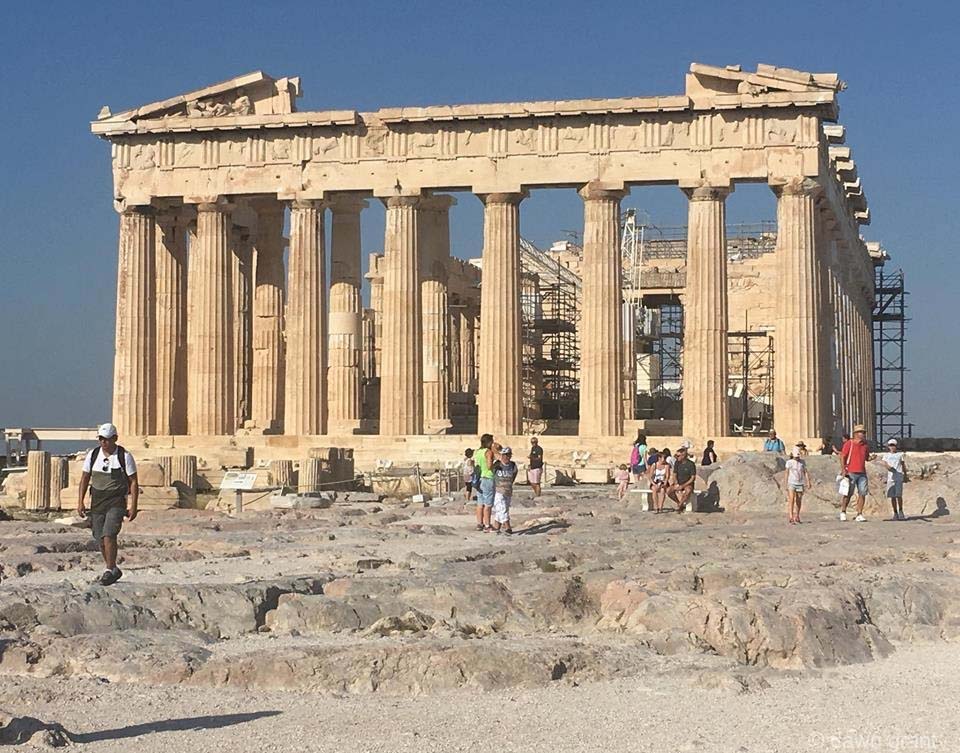 In all it’s glory, The Parthenon! 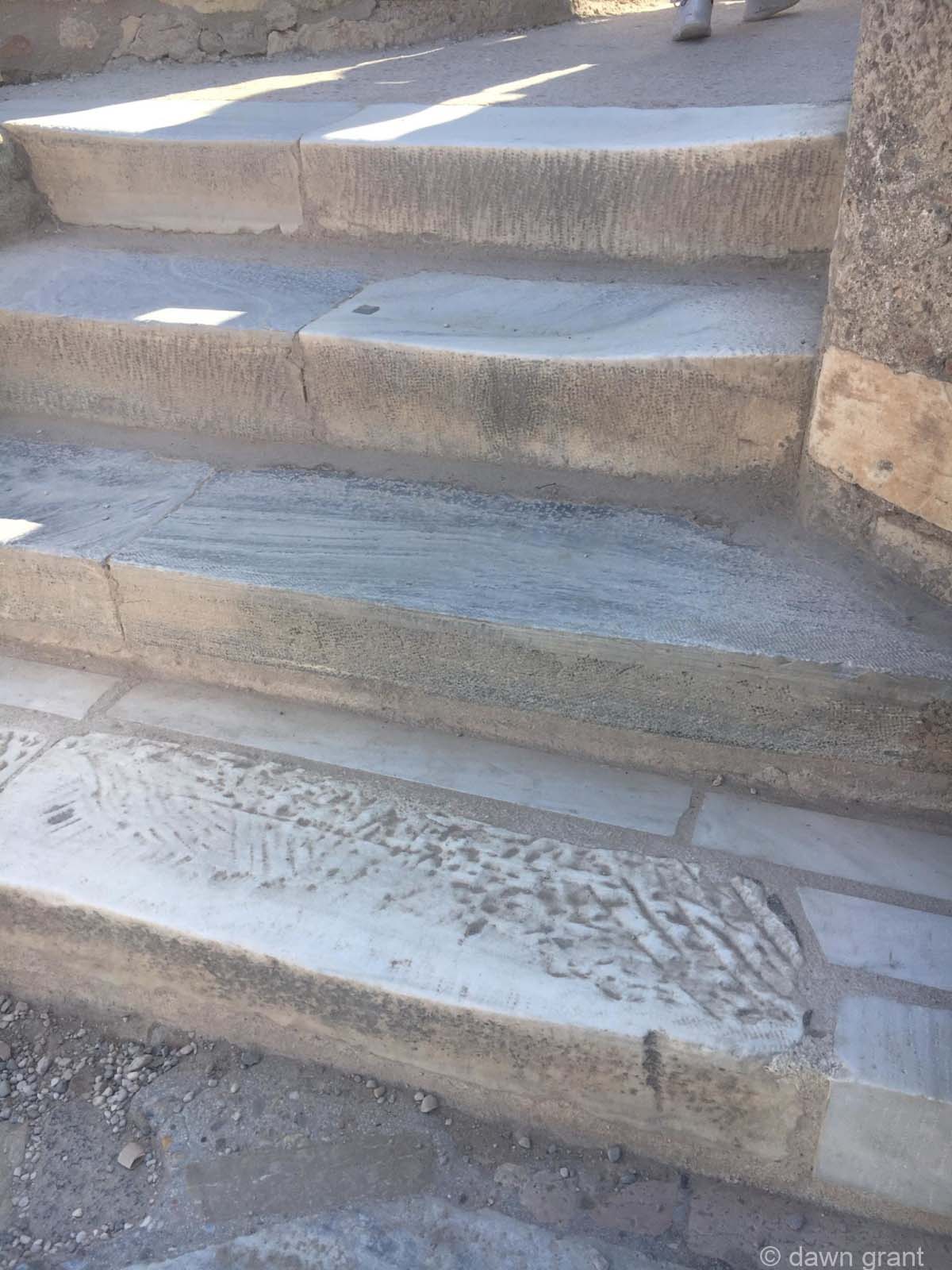 Fascinating to see how the marble stairs have worn down over the years. 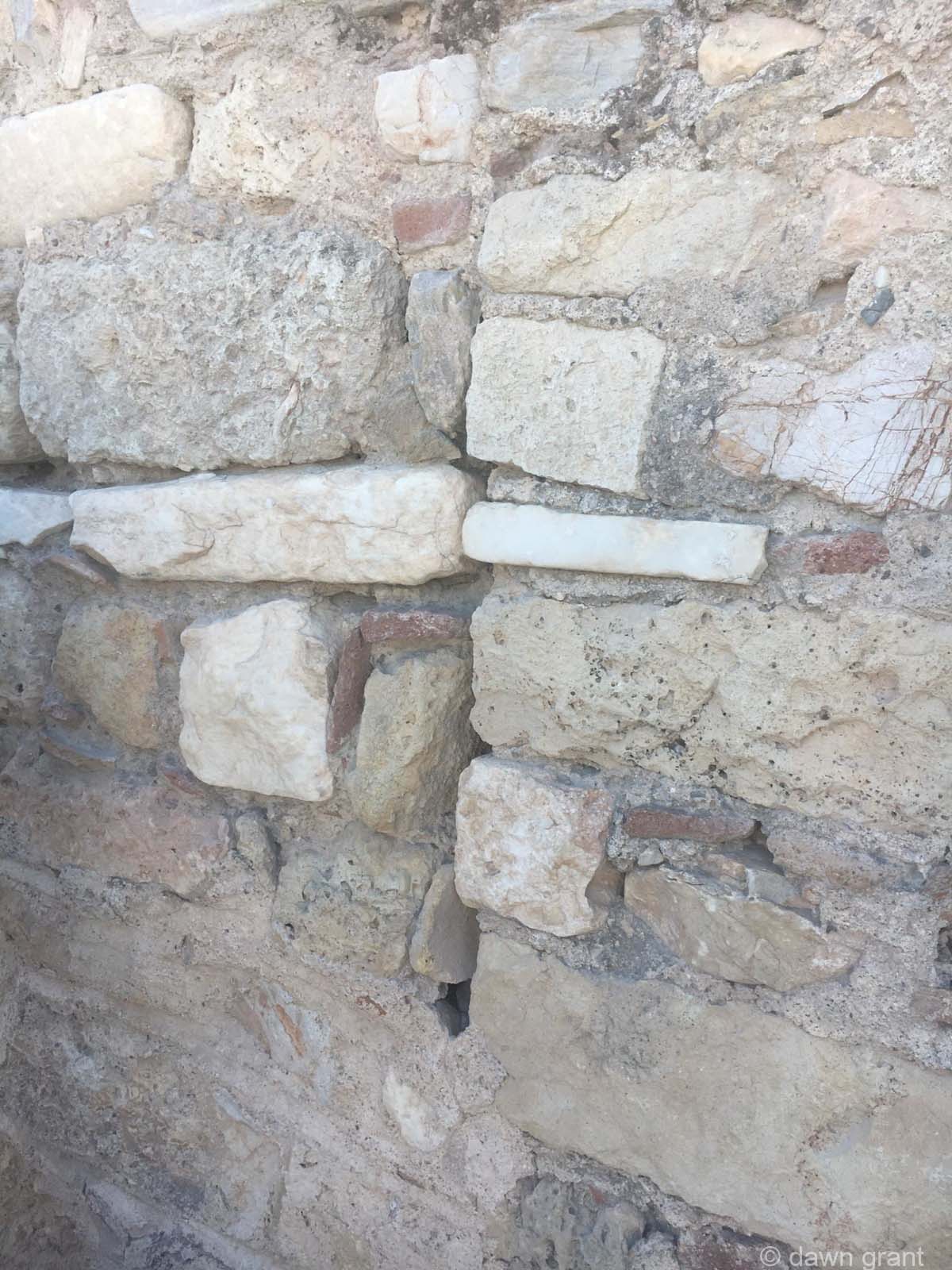 A close up of an old wall made of large tan bricks mixed with some white square bricks and even a long and thin piece of white quartz. 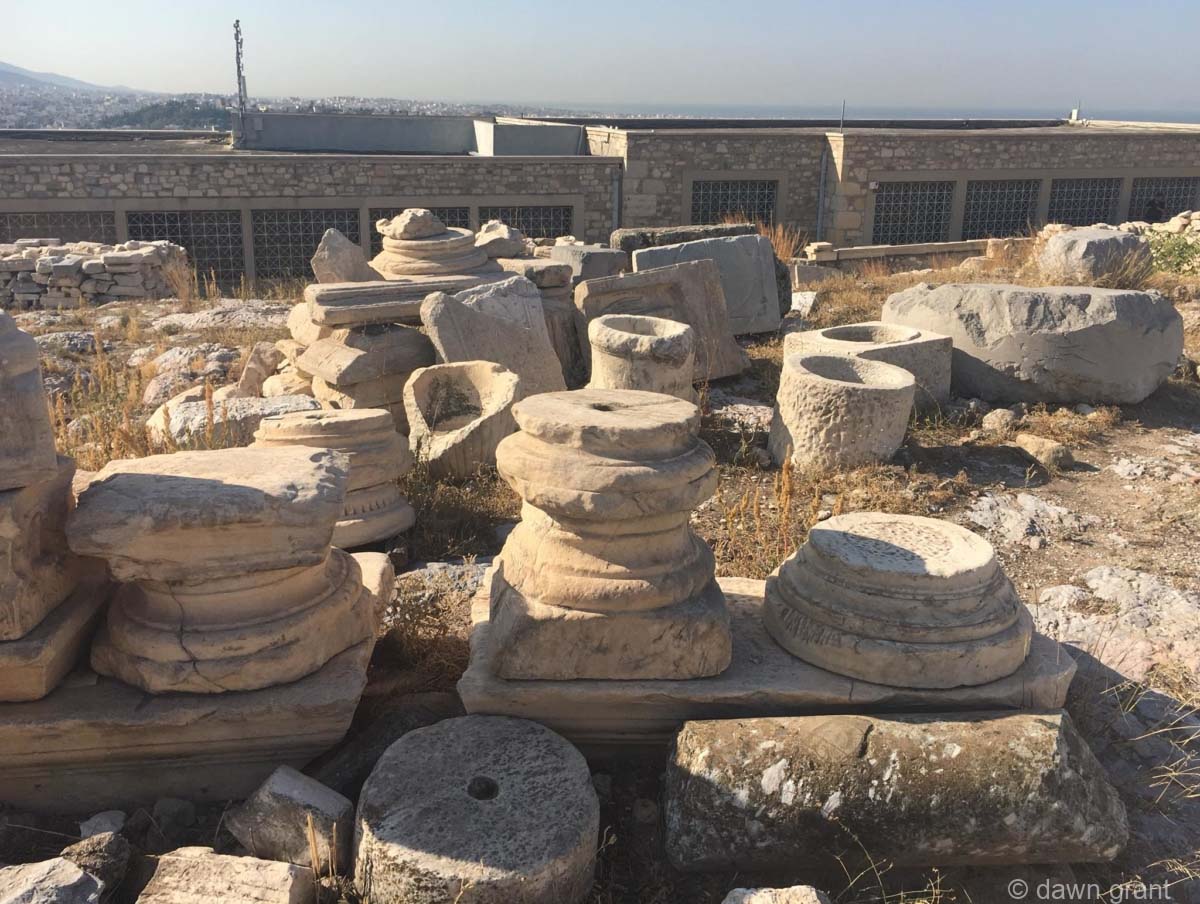 This might be my favorite photo of the day. Fallen artifacts everywhere! I love the different shapes and how they have worn down over the centuries! 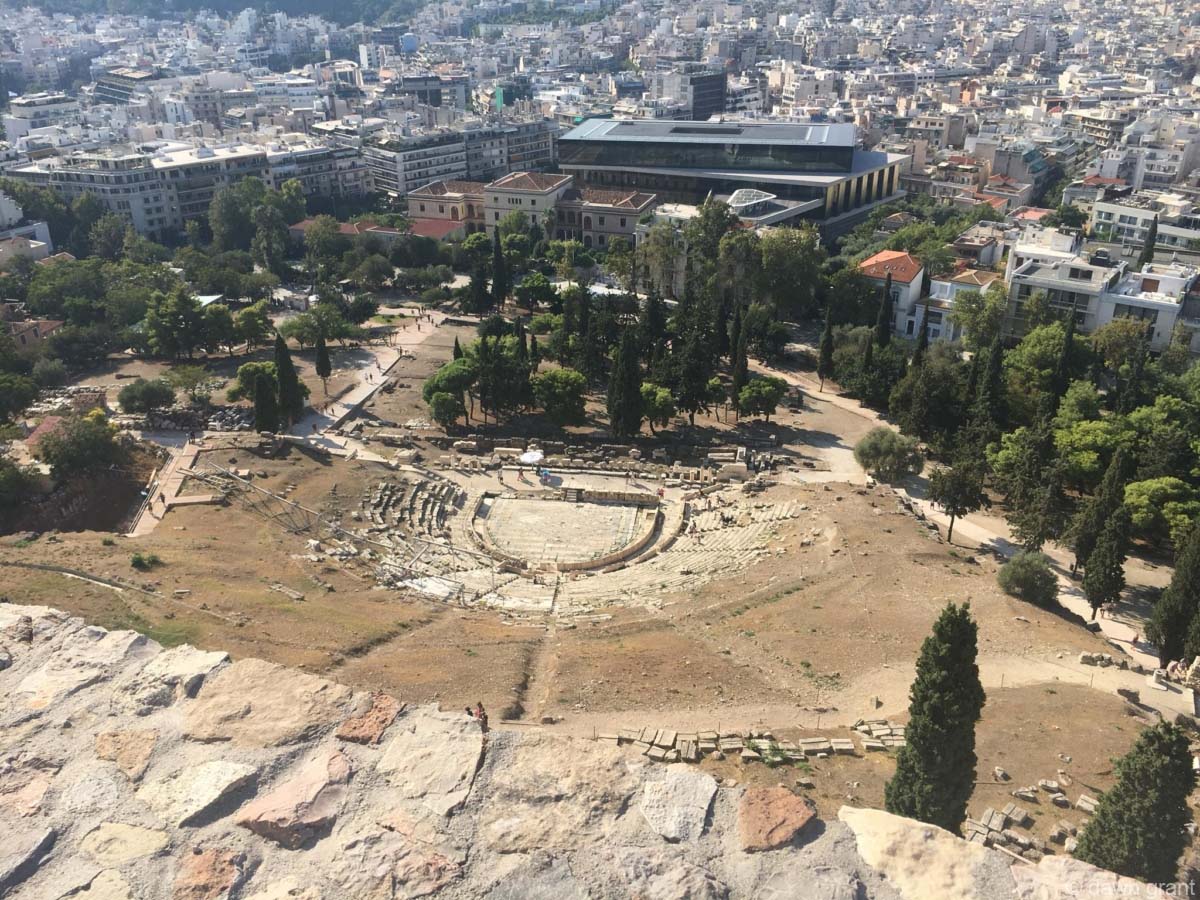 Looking down at the Theatre of Dionysus Eleuthereus, often considered to be the world’s first theater, at the foot of the Athenian Acropolis.